Are you ready for a new God of War game? It looks like Sony are going to be announcing God of War 4 soon as there appears to have been a massive leak revealing the central God of War 4 storyline.

If images we’ve seen are to be confirmed, then God of War 4 will be based around a Norse Mythology story. Also, Kratos is going to have a beard and now carries an axe as his weapon of choice.

The information was initially leaked by Nerdleaks, however the website has now disappeared and redirects back to domain hosting which is rather shocking. 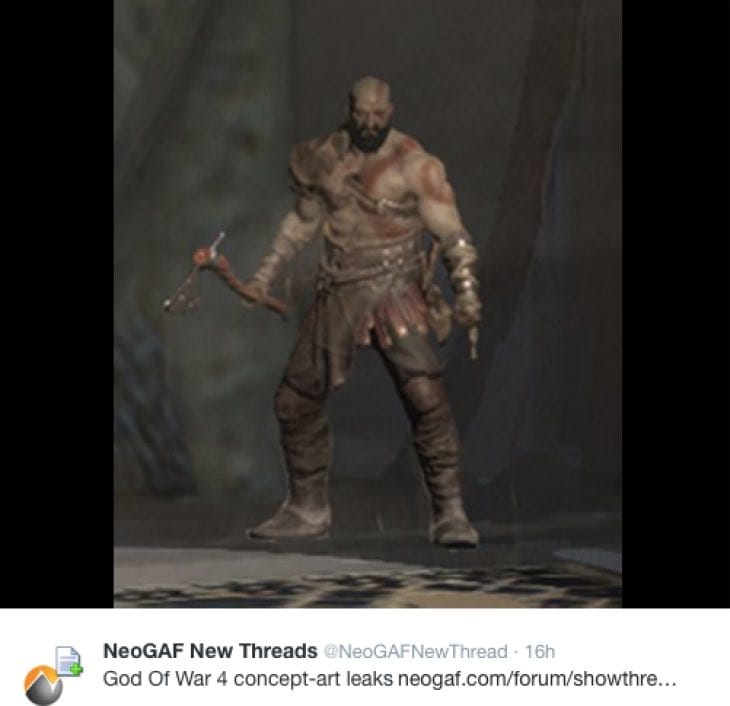 The good news for you is that all of the sensitive information has been recovered and reposted over at Neogaf. That includes a full selection of God of War 4 concept screenshots which we gather has been sourced back to an artist who worked at Sony’s Santa Monica studios.

The image above is just one which has been recovered by Neogaf posters. If true, do you like the new look of Kratos or not?

Head to the link above to see everything and we’ll let you know once Sony comes back with official information. Our gut instinct tells us that we are looking at one of the E3 2016 reveals for sure.