We have some important news to bring you now, as it has been confirmed that GM have another recall situation on their hands. This time, General Motors are recalling their 2012 Chevrolet Impala and Buick LaCrosse models due to safety-related problems.

At the moment, the recall only affects car owners in US and Canada as a power steering fluid hose issue has targeted 11,915 Chevrolet Impalas according to a fresh release from the Associated Press this week.

The problem occurs when the power steering fluid hose gets too close to the catalytic converter contained inside the motor. The hose can melt, leading to a leak of fluid which is obviously a fire hazard that General Motors are unwilling to take a risk on.

Aside from the problem affecting almost 12,000 Impalas, GM has also issued a recall which affects 4,293 Buick LaCrosse due to a different issue. It has been discovered that the sedans are prone to a software defect which regulates the malfunctioning sensor contained on the vehicle. Unless the software is updated, the sensor can fail to handle the car properly, which in turn could lead to a crash.

The good news, is that no injuries or crashes have been reported according to General Motors, both for the Impalas and the LaCrosse models. If you currently own either of these models, you may think that the problems listed above do not warrant a recall, but considering what has happened to other car manufacturers most notably Toyota, you cannot blame General Motors for being over precautious. 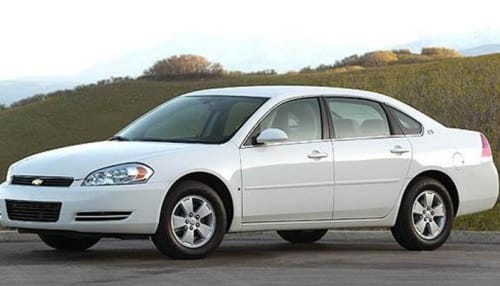 Remember to be aware of production dates though before you worry about if you are affected or not. The Impala recall affects models that were produced between April 19, 2011, through July 29, 2011, while the LaCrosse models are being recalled with production dates of June 9, 2011, through July 2, 2011. If these dates apply to you, get in touch with us below. Tell us how you feel about General Motors’ latest recall.