NASA and General Motors have been working on a human-like robot, and will be the first of its kind to go into space. The robot named Robonaut 2, or R2 will become a permanent resident of the International Space Station and will work alongside humans. These robots will also work at GM manufacturing plants back on terra firma.

These R2 units weigh 300-pound and consists of a torso, head, two arms and hands. The robot will be launched into space in September on space shuttle Discovery — not sure if they have permission from George Lucas to call it an R2 unit? 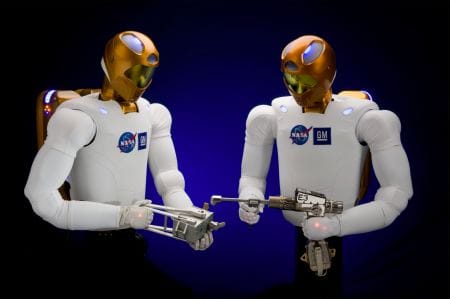 Engineers will then pay close attention to how well the robot performs in weightlessness and will join Dextre — another robot already onboard the space station. That robot however does all the work on the outside of the station. 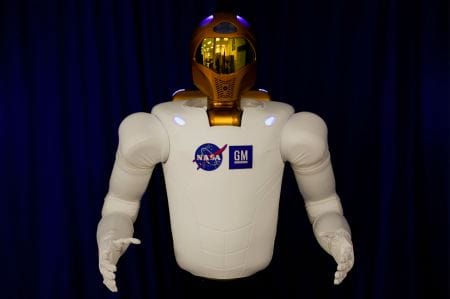 The idea of robots performing tasks in space alongside humans is happening at a fast past, and also makes it much safer for future missions into space. The Robonaut will be able to work much like a human does, thanks to its human-like arms and hands. The robot can use all the same tools as humans do, so will be able to perform some of the tasks considered too dangerous for humans.

For more details on this visit GM Media