The Glastonbury 2014 iOS app was updated earlier this month to coincide with the build-up to the big music festival, and with it has brought a few needed updates in order to fall in line with what is going on this year, along with a new design.

Included in the latest version of the app is the full Glastonbury 2014 lineup, along with a re-designed homescreen, a new info section and also improved social sharing and map.

Glastonbury Festival 2014 app for the iPhone and iPad has been developed by EE, and will be the ultimate guide to the festival, especially if you have the iPhone 5 and 5S, as the app has been optimized for these devices.

Remember you don’t have long because the Glastonbury 2014 start date is Wednesday, June 25th to Sunday, June 29th, so you had best download the app in order to familiarize yourself with it. 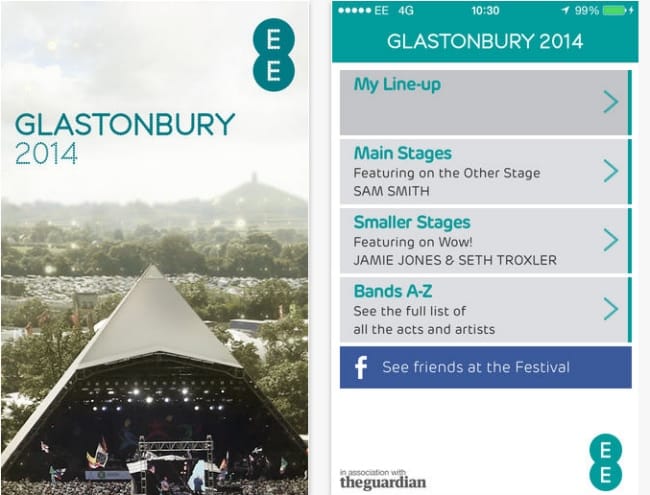 We already mentioned that one of the newest features is the Glastonbury 2014 lineup, which are separated into various categories depending on what stage or field you want to head to.

You will also be able to see who the Glastonbury 2014 headliners will be, although we already know that Metallica is the main act, which has not gone down well with many of the other acts, or people on Facebook, after frontman James Hetfield was seen with a dead bear.

The final feature and one of the better ones from the app is the Glastonbury 2014 live stream, meaning you don’t even need to leave the comport of your own home in order to enjoy the music from the festival. Visit iTunes from more details on this app.