If you are in need of a new pair of sunglasses to look your very best in 2014, the Glasses.com app for Android and iPad has you covered. It uses augmented reality and digital imaging to allow you to try on sunglasses at home from all of the leading high street brands.

It sounds like a dream come true, and it really is for some consumers. The Glasses.com app has been out on iPad and iOS for a while, but Glasses.com app for Android has only just launched in beta form.

As a result, we’re getting feedback from some users who are saying that the Android version of the app is suffering from one or two teething problems. These include issues when using the app with the Samsung Galaxy S4, the virtual glasses not matching faces, or in some cases – the Glasses.com app not even recognising faces at all.

If you use Glasses.com on iPad, you will have a much better experience it seems. The good news is that the makers of the app are already aware of the problems and are hard at work as we speak on improving the app as soon as possible. 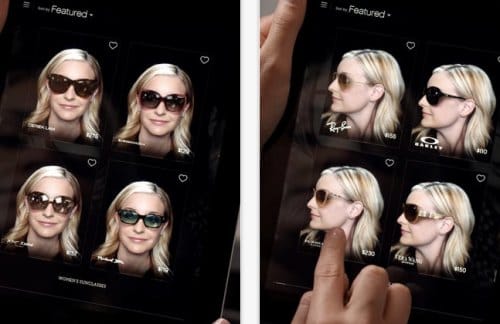 You can head to the Google Play listing here to see the makers reply personally to affected users, which is very pleasing to see.

It has to be said though that other Android users have had no such problems when using the app, so it’s a minority. Overall it’s a wonderful concept and will be even better once the Android version moves out of beta.

Have you been trying to use the Glasses.com app on Android? If so, let us know if you have been having any issues below.