While companies such as Asus, Motorola and Vizio were busy showing off their latest tablet PCs at this year’s Consumer Electronics Show (CES 2011) in Las Vegas, the people at Gigabyte were holding an event of their very own in order to show off its new S1080 tablet PC.

According to a recent article over at engadget.com by Michael Gorman, the S1080 runs on Windows 7 operating system, is powered by an Intel dual core Atom N550 processor, and features a 10.1-inch capacitive touchscreen with a resolution of 1024 x 600. 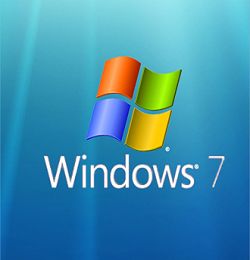 However, if you’d rather not use the multi-touch navigation, then the S1080 does come with a couple of tactile mouse buttons on one of its edges and a thumbs-only optical mouse on the other. The S1080 also provides users with a 320GB hard drive and an SD card reader.

Other specs include an Ethernet port, a 1.3-megapixel webcam, Wi-Fi (802.11b/g/n), Bluetooth 3.0 and USB 3.0 connectivity. We may not have an exact price for the Gigabyte S1080, but reports suggest that it will cost less than $300 when it does go on sale from next month.

As reported over on the official gigabyte.com.mx website, the S1080 also comes with a built-in VGA port, allowing users to hook the device up to a projector or external monitor. You can learn more about the Tablet PC improvements within Windows 7 over at windows.microsoft.com.