If you are into PC gaming you will know how annoying a slow connection speed can be, well Bigfoot Networks aim to make this a thing of the past with the Killer E2100 networking platform, this aims to deliver a whole new level of online gaming performance.

E2100-powered motherboards should start hitting the market in the next few months, a lot of computer hardware manufacturers are keen to adopt this technology and use it in their high-end gaming motherboards, Gigabyte has officially announced the new G1-Killer Gaming Series motherboards which include the G1.Assassin, G1.Guerrilla and G1.Sniper, all of which feature Bigfoot Networks’ impressive intelligent and high-performance integrated network card. 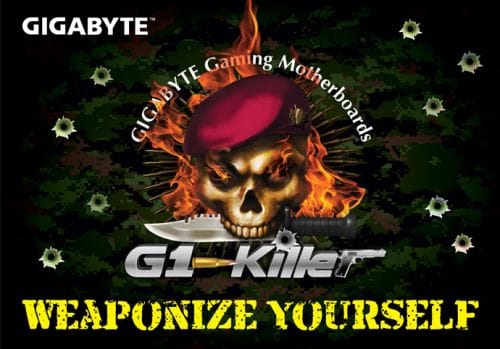 ASUS and MSI will also feature the Killer E2100 networking platform in some of their gaming motherboards, details are scarce at present, however we do know that the ASUS ROG Rampage III Black Edition will be one of the first E2100-powered motherboards on the market.

Engadget suggest that more E2100-powered motherboards will be unveiled soon, hopefully with details regarding pricing and availability, we will certainly keep you informed as we find out more.

If you would like to find out more about the E2100 networking platform you should check out the press releases from Gigabyte and ASUS and Bigfoot Networks.

Will you upgrade your computer with an E2100-powered motherboard?