We can see that Giffgaff is down right now on April 14. It looks to be a fairly serious problem with the Giffgaff network, with outgoing calls, sending texts and mobile data all not working.

The good news is that Giffgaff are already aware of the situation. We’ve included a screenshot at the bottom of this article which is from the official forums, with the company confirming that coverage has been hit nationwide across the UK.

According to the latest Giffgaff status update, the network is down due to a ‘node’ which Giffgaff say is the reason for the service going down. 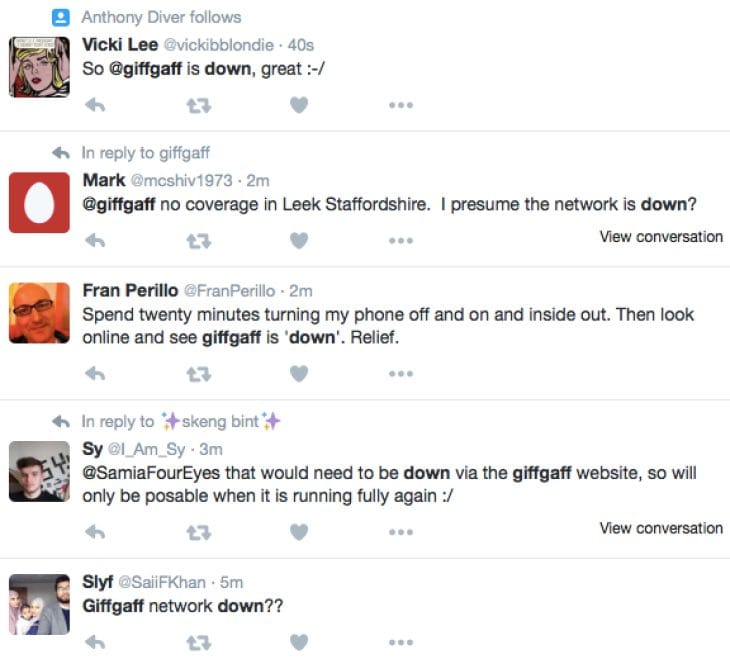 Above is the confirmation that UK consumers are all suffering due to this problem right now. We’ll do our best to keep you updated here, but for now let us know which area of the UK you are in and what Giffgaff services are down for you.

Some say that they can still receive calls on Giffgaff today, but others say that it isn’t working either. No outgoing calls and no data on Giffgaff though – that’s as bad as it gets surely?