The biggest signing of transfer deadline day has turned out to be Giannelli Imbula to Stoke, a transfer that has officially broken the club’s record transfer.

Now, fans have inevitably turned their attention to FIFA 16 as all eyes are now on EA to find out when the developer will officially move Imbula to Stoke on FIFA 16 from previous club Porto.

For those that need a quick insight, Imbula is a CM or CDM and his FIFA 16 stats include a 77 overall rating with main strengths being 82 for short passing and 82 for stamina. 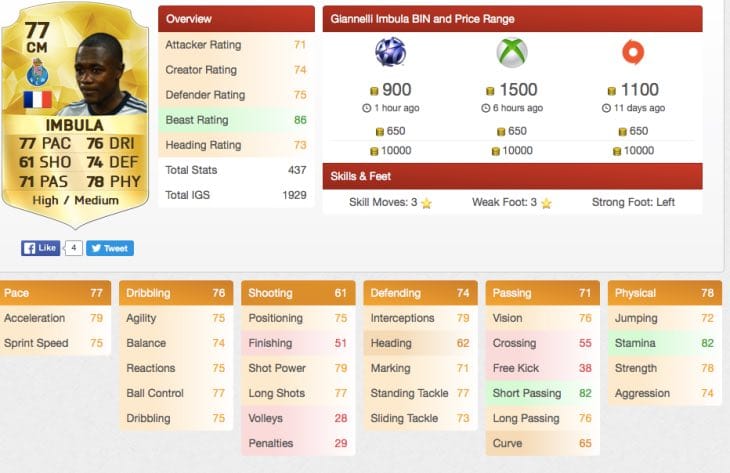 He’s a high energy defensive minded midfielder who likes to get forward, similar in the mould of PSG star Matuidi. We are predicting that his price on the transfer market is going to be pretty high so we hope you have some coins saved up for him.

More importantly though, you need to keep checking this page to see EA update the new Winter Transfer list as Imbula hasn’t been moved yet.

We are predicting that it should happen sometime on Tuesday given that other deadline day transfers have already been applied by EA so it shouldn’t be long.

Are you waiting to buy this player for Stoke as soon as you see him on the market?