The anticipation for GTA V has seemingly reached fever pitch and if the apparent leak of some promotional posters over the weekend wasn’t enough for you, we’ve just got word on when GTA 5 is going to be given its grand Game Informer release date reveal.

If you are not aware already, Game Informer has acquired a massive scoop to be the first publication of any sort, either online or print, to have the very first solid and official details on Rockstar’s upcoming game. We knew that the Grand Theft Auto 5 GI issue would be revealed sometime in November, but now we know that it is going to be available for viewing on November 8.

Game Informer has teased that their GTA V content is 18 pages in length and contains tons of new details and plenty of new screenshots that they ‘cannot wait to share’. Being a publication though, access is going to be restricted for those who pay for it, or for those that usually pick up their copy from Game Informer from the book store.

Game Informer will be releasing the GTA V cover art for everyone on the morning of November 8, but you’ll have to be a digital subscriber to read the full 18 pages when that goes live later on in the afternoon of November 8. That will set you back a mere $4.99, but we say it is definitely worth the money for the ability to read brand new details on the game via an iOS or Android app in high definition. 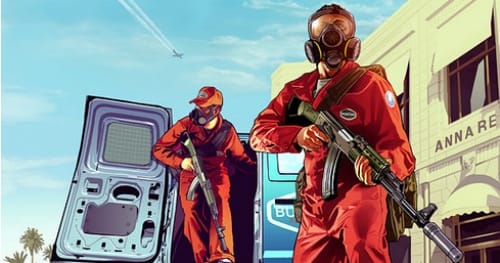 It goes without saying though that most of you will be hanging on in the hope that the entire 18 page spread gets leaked online, which is bound to be inevitable given the scale of the game and the anticipation that has been building up to this event for months.

Can you remember a single game that you were more excited about prior to release? GTA V seems to be the one game that is uniting all platform owners alike in universal hype and Rockstar are in the amazing position where they can delay as much as they like and gamers will still be patient, knowing that the game is going to have been well worth the wait.

The question that we want to know is, are you prepared to pay $4.99 to view a digital copy of the December issue yourself, or are you admittedly going to be one of the thousands who will scrounge online for a leaked copy? It is going to be a day of epic proportions nevertheless.