We have a treat for fans of the Ghostbusters franchise, as we can confirm that a follow-up title to the Ghostbusters video game that was released last year, is on the way from Atari and Sony next year.

As reported from VG247, the title will be called Ghostbusters: Sanctum of Slime and it will be developed by relatively unknown Chilean-based company Wanako Studios.

Unlike the third-person based Ghostbuster title handled by Terminal Reality, Sanctum of Slime will be an over the top, arcade style co-op adventure game, with support for up to four players on screen.

Details are very scarse in terms of storyline, but we’re hearing that the rookie featured in the last game will be heavily featured in SoS. However, it doesn’t look like the Ghostbuster film actors, Dan Ackroyd, Bill Murray and Co will be returning for Sanctum of Slime.

The good news though, is that some early screenshots of the game have already been uncovered, courtesy of USA Today, who also confirm that players will be able to drive the Ecto-4WD vehicle. The game is due out in Spring, on the PSN, Xbox Live and PC. 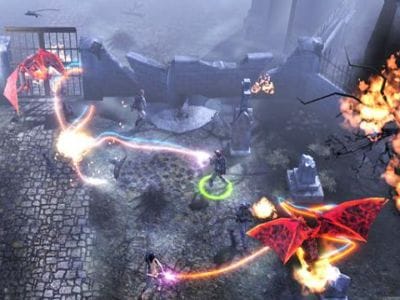 What are your early impressions of the game, did you enjoy the first title?