When we first announced Atari and Sony’s Ghostbusters: Sanctum of Slime game back in December last year, it didn’t look like actors Dan Ackroyd, Bill Murray and Co would be making a return to voice their original Ghostbusters movie characters.

Instead, the new game — which will be released for the PC, Xbox Live Arcade and PlayStation Network on March 23rd — will feature a brand new cast of characters. According to Stephany Nunneley at vg247.com, Atari has now detailed the new characters.

The first character profiled is the leader of the team, Alan Crendall. Although he has no real background in the paranormal, he is practical and hardworking. When things go wrong, he’s always the one with the plan. Next up is Samuel Hazer. 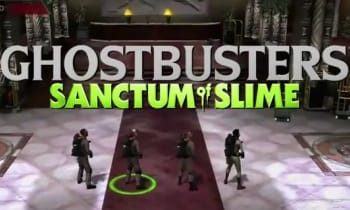 Hazer is an optimistic scientist, whose positive attitude keeps the team’s spirits high. Then there is Bridget Gibbons, who has been described as a tough chick with a fierce determination. Although she doesn’t have any paranormal training, she’s a natural at ghostbusting.

The final member of the team is Gabriel Sitter, who just happens to be the technical genius of the team. Max Scoville from destructoid.com spent some hands-on time with the Ghostbusters: Sanctum of Slime game recently. Read his preview of the game here.