Previously we brought you the first details of the new Ghostbusters video game aptly titled Ghostbusters: Sanctum of Slime. Now we are brining you some footage of the gameplay and boy does it look fun. 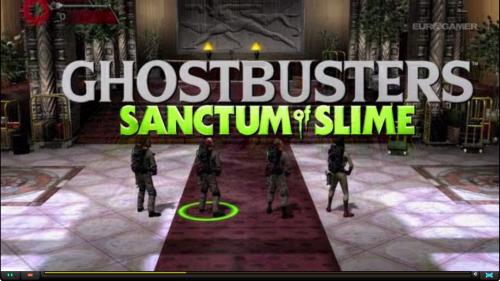 For all of you Ghostbusters fans out there this could be the best game they have released yet, although there is no sign of the voices from the films. You start out as a rookie trying to stop the ruin of New York City and the game has an array of different environments to explore and hunt down some ghosts. It also has a heap of jobs for you to complete throughout the game.

The CEO, Jim Wilson of Atari said “In Ghostbusters: Sanctum of Slime, we are introducing an entirely new look and gameplay experience on digital platforms that will impress new and loyal Ghostbusters fans alike,” You can view the gameplay footage at the bottom of this article courtesy of Eurogamer and Machinima.

The game is 4 players and I for one cannot wait for this release, it’s expected around spring 2011. I just hope that the game is long enough to be sat around with a few friends having a beer fighting ghosts. I am also hoping that they introduce something a little different to the game, like a view point from the ghosts, like a separate campaign but am I just dreaming?

Let us know what you would like to see from the new Ghostbusters release in the comments below.