We are pleased to say that the Halloween Marvel Future Fight update is now out on iOS and Android. To celebrate, we have some Lash, Elsa Bloodstone and Warwolf Future Fight gameplay for you to enjoy.

All three characters are available and the good news is that they appear to be easily farmable. Players can play through the new Halloween missions in the game to acquire tokens, tokens which can be redeemed for multiple bios of the three characters.

You can also get Lash, Elsa and Warwolf bios through Villain Siege, Warp Missions and Bio Selectors so overall players will be very happy with the update. 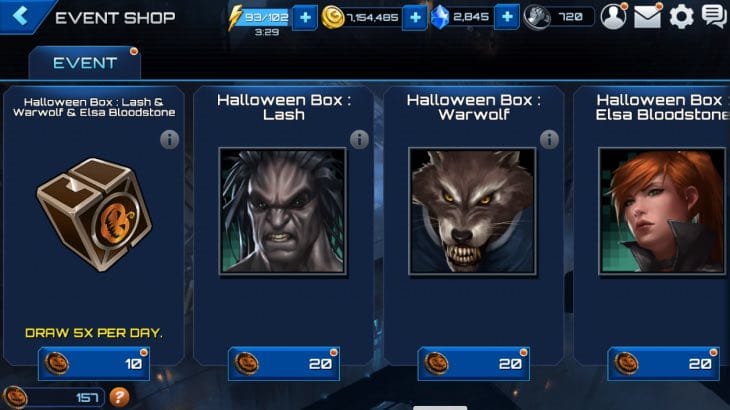 Check out the footage below to see some of the new skills gameplay for each character. Ther’s also a brief look at the new costumes for Modok, Punisher, Black Cat, Lash, Blade and Ghost Rider – each one will set you back 750 crystals a piece.

The question is, which one of the new characters will you make a priority? We can see that with the total amount of Halloween tokens possible during the event, you can at least 5-star one of these characters – possibly even get close to 6-star.

Will you do this or distribute Halloween tokens evenly between the three?