It has been a very long wait indeed but we’re very happy to finally bring you the news that Ditto is live in Pokemon Go! Niantic issued a recent update to the popular app and now we have a heads-up on how to get Ditto in Pokemon Go.

There’s a nice twist in store as well, as keeping up with the character’s traits, Ditto will be disguising himself as other Pokemon in the game and will only reveal its true form after you have caught it.

As far as we’re aware, the easiest way to catch Ditto in Pokemon Go right now is by hunting for Rattata, Pidgey, Zubat and Magikarp. 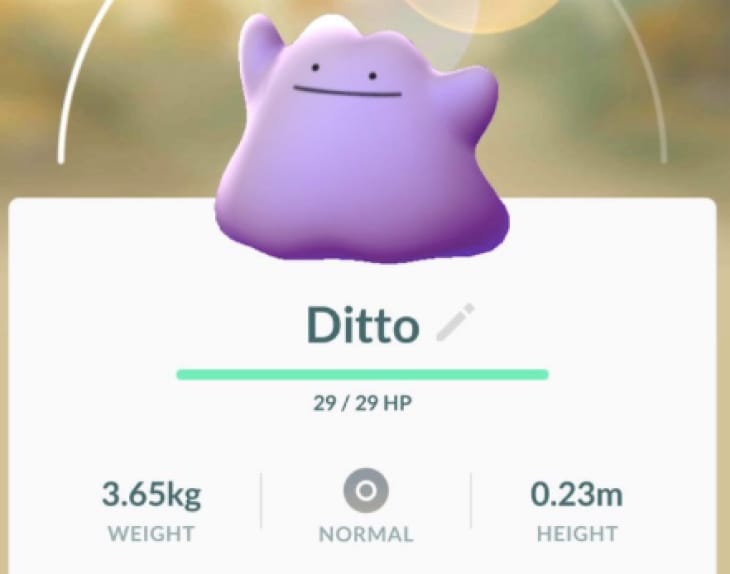 We’ve seen numerous instances of these Pokemon transforming into Ditto after being caught, so take this as your big clue and start hunting down those Pokemon now.

Lots of players have been using ultra balls to catch them just in case and you’ll know when you have a Ditto as you’ll get the ‘Oh?’ text at the end followed by a special animation.

Watch the video below which shows one of the first Ditto being found and caught live in the wild by a YouTuber. Let us know in the comments if you have seen other Pokemon transform into Ditto.