A mystery vehicle that has turned up at this year’s Geneva Motor Show looks like something that was found when Ukrainian president Viktor F. Yanukovych fled Kiev leaving his massive fleet of authentic and classic cars. The car in question seems to be a Hispano Suiza, but the badge on the vehicle is that of a Pic-Pic.

The Pic-Pic was operational from 1906 to 1924, yet there are only three cars badged as Pic-Pic that have survived and this is one of them. In an informative article on The New York Times they highlight that Geneva claims this mystery car is its “one and only hometown automaker,” and they have a 10-minute video on show at this year’s event.

Apparently, the video runs through the company’s history and documents brothers Charles and Frederic Dufaux who were aspiring racecar drivers. They first came up with the design at the beginning of the 1900s, but they lacked the means to construct it, so they farmed it out to an industrial equipment manufacturer known as Piccard-Pictet, which is where the name Pic-Pic came from.

Even though Paul Piccard took a step back from the project, his partner Lucien Pictet was unable to disregard this and this all began in 1905 when Pictet started a company called the SociÃ©tÃ© d’Automobiles Geneve. His design was reminiscent of the Dufaux brothers’ designs, and with Swiss engineer Marc Birkigt in Spain working on the Hispano-Suiza he decided to head out there and check out how he was doing with it. 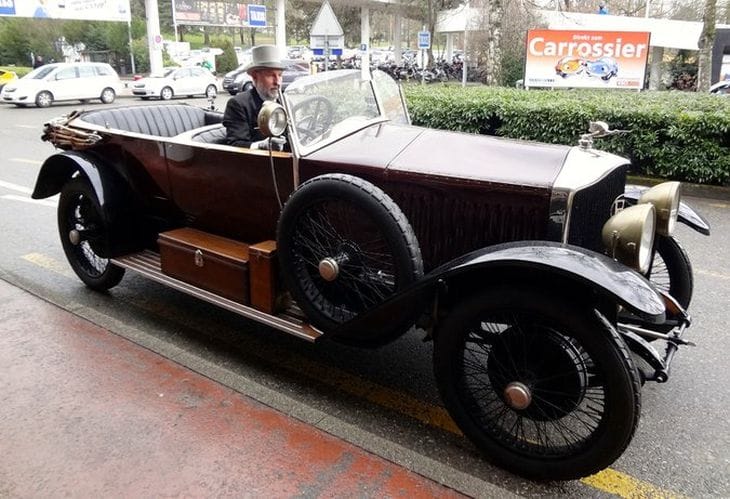 This in turn, gave Pictet a reason to meet up with Birkigt and come up with a deal that allowed the retail of Hispano-Suiza cars under license in Switzerland. The car on display at the Geneva show has a sign stating its 100th anniversary and details of the Piccard-Pictet remain sparse after they went out of business, while a French aircraft engine manufacturer took the company’s stock of spare parts after the war.

When it comes to classic cars we recently informed our readers that the deposed Ukrainian president has an envious automobile collection as Viktor F. Yanukovych’s lavish residential complex not only had a zoo golf course and pirate ship, but also a fleet of motors that could fill a couple of museums. Hopefully, the state paid collection will be auctioned off and the proceeds go to charity.

Returning to the Pic-Pic, the last car to don the badge was a 1924 model, and this was seen at last year’s Geneva exhibition, but this one is regarded as a Hispano-Suiza wearing a Pic-Pic badge.