Some amazing looking cars have been displayed at this year’s Geneva Motor Show and the new 2014 Mercedes S-Class Coupe is another eye-catching model that has recently been revealed. Expected to go on sale this November the new design is near enough the same as the concept seen at the 2013 Frankfurt Motor Show.

The new two-door Coupe is said to be 89mm shorter than the saloon version, while the roofline has been also reduced by 85mm. Sporting narrower rear windows the new Mercedes S-Class Coupe has new LED tail-lights that wrap around the wings and boot and the mirrored silver front and rear bumper make this look more attractive, along with the bolstered side skirts.

A full description of this new addition can be seen on the Auto Express website as well as some great pictures of all the transformations including the sporty looking three-spoke steering wheel, the exclusive set of diamond-quilted seats and the high-quality switchgear.

A hi-tech ‘touchpad’ controller has been introduced with the new C-Class, giving drivers the opportunity to make smartphone-style gestures, and the panoramic glass roof can become transparent or opaque just by using a button.

Last summer we highlighted the new 2014 Mercedes S-Class models and discussed 5 variants, as the 2013 version went into production. In this we mentioned the Pullman, Convertible and the Coupe as Mercedes looks to corner the market with plenty of choices available for potential consumers. 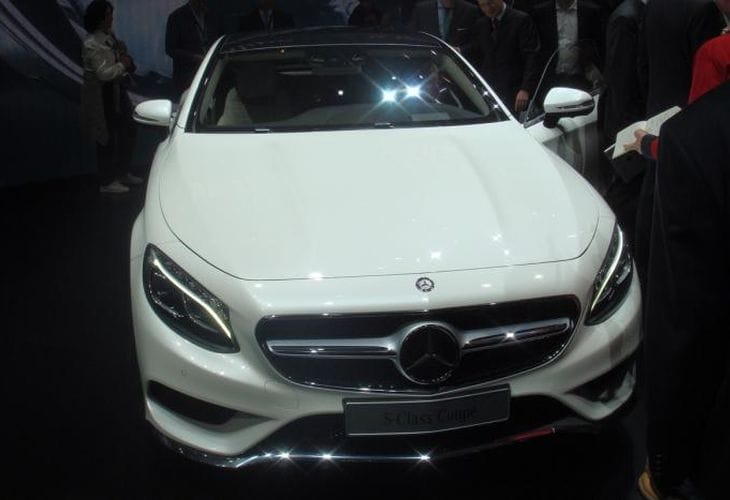 At the moment, Mercedes has announced only the S500 version and this is powered by a twin-turbo 4.7-litre V8, while an AMG version could follow with a V8 or V12. The S500 will set you back anywhere from around the £100,000 mark, so we are intrigued to know what you think of the new Mercedes S-Class Coupe. Are you a big fans of Mercedes?