At next month’s Geneva Motor Show Porsche have announced it will be launching a “parallel full hybrid model”. This comes after the success of last year’s Cayenne S Hybrid, which was also unveiled at the Show.

The Independent is reporting in an article, that the news was confirmed in a statement to journalists by the luxury car maker. This year’s show opens to the public on March 3, and continues through to March 13th. Exact details what the new model will be where not revealed, but the company is known to be currently working on a hybrid version of the popular Panamera. The technology found in the Cayenne Hybrid is also being used in the Panamera.

They also confirmed that a new SUV will be introduced in 2014, and called the Cajun. Porsche will be looking to move into new markets, and will be going up against the likes of Range Rover and Mercedes-Benz with larger family cars.

Over at Autoweek an article is reporting that Porsche is planning on taking on over 1,000 new employees by 2015. This is mainly down to the company expanding its model range with new vehicles like the Cajun. Autoweek are saying this new SUV will actually go on sale in Europe during 2013, with North America getting it about six months later. 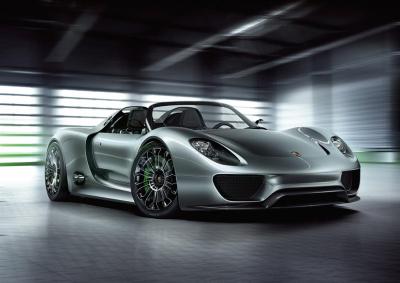 They are planning on spending between $673.8 million and $1.01 billion, in new body and paint plants in Leipzig. Five hundred employees will be added at the development center in Weissach, with another 500 to be added elsewhere. Porsche are planning to take its current lineup from four vehicles to seven.