We have good news now for those of you who fancy playing the upcoming PC game Gemini Rue, as Wadjet Eye Games has just announced an official release date of February 24th. For those who don’t know what Gemini Rue is, it’s a retro-style adventure title with point and click gameplay.

According to Stephany Nunneley over at vg247.com, the Gemini Rue game was an Independent Game Festival Student Showcase winner back in 2010. Players take on the roles of Azriel Odin — an ex-assassin — and Delta Six — a hospital inmate who has had his memory wiped. 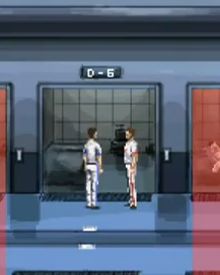 The game — developed by Joshua Nuernberger – features hand painted backgrounds, an original soundtrack that has been composed by Nathan Allen Pinard and a verb-based interface. Players can also turn on the in-game commentary, in order to reveal bloopers and development insights.

You can learn more about the game and its story, view screenshots and pre-order it via the official Wadjet Eye Games website here. You can also watch a trailer of the upcoming game via vg247.com. What do you think of the Gemini Rue title?