If you’ve never really played any of the Gears of War titles before but are now thinking of giving them a go, we may just have a bit of good news for you. It appears that Epic Games and Microsoft are currently preparing a new Gears of War bundle for the Xbox 360.

According to a recent article by Jim Reilly over at uk.xbox360.ign.com, a listing appeared on the GameStop website yesterday (although it seems to have been removed since) for something called Gears of War Ultimate, with a release date of February 15th, 2011. 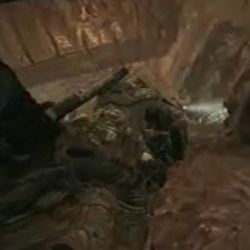 Unfortunately there weren’t any other details given, other than a price tag of $29.99. A representative from Microsoft has since confirmed that the GameStop listing is legitimate, but stated that Gears of War Ultimate may not be the final title of the upcoming SKU.

Although the rep didn’t provide any more details at this stage, they did state that it won’t include the upcoming Gears of War 3 game or its beta. As previously mentioned in an earlier post, the GOW3 beta access is available to those who buy the Bulletstorm title.

The upcoming Gears of War Ultimate bundle will likely contain the Gears of War 1 and 2 games, as well as any additional DLC that has been released. According to Tom Goldman at escapistmagazine.com, rumors have suggested that the bundle will also feature Kinect functionality.