Despite Epic’s Cliff Bleszinski not getting to reveal the game himself, Microsoft has accidentally confirmed that Gears of Wars 3 is indeed real, and will be releasing sometime in April next year.

As reported from Eurogamer, Cliffy B was expected to reveal the game on the Jimmy Fallon show this week, and probably would of done so, if his appearance was not cancelled.

In the meantime, a screenshot from the US Xbox Live Marketplace confirmed the game is coming, and that gamers will be able to get their hands on it next year — April 8th if rumors are to be believed.

What are your thoughts on this? Fans of the series will naturally be delighted, but we have a feeling that Epic may be a little mad at Microsoft for revealing this before they had the chance to. 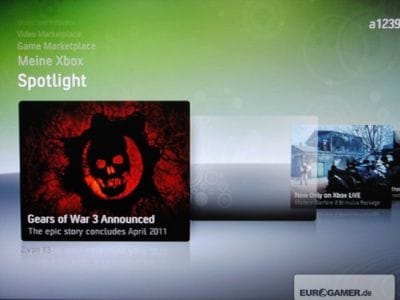