We have some fantastic news for Gears of War lovers now, as Microsoft has surprised everyone by announcing a solid release date for the third installment of the popular Gears of War franchise – it’s definitely coming this year!

As confirmed over at VG247, Microsoft and Epic Games have penciled in a release date on September 20th, which we’re hoping applies to both the US and UK games. We have a feeling that UK may get it on the 23rd September, which is the usual Friday for game releases over there.

Aside from the release date reveal, Microsoft has also detailed brand new multiplayer features and new weapons which we’ll be explaining in a lot more detail later on. You can read information on it now over at VG247’s report if you like. 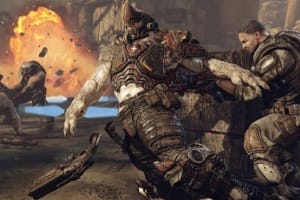 It doesn’t look as if this date is going to be changed now, not after the initial delay. Epic wouldn’t do that to us surely? So expect the game to drop on September 20th. Have you already pre-ordered it, or are you going to wait until the first reviews land?