We have a treat for Gears of War fans now, as Epic has just released some previously unseen screenshots for the highly anticipated third title in the long running and successful franchise.

There are nine new images to view in total, and you’ll be able to view them in high quality over at HookedGamers. If you aren’t aware yet, Gears of War 3 has been scheduled for release on the Xbox 360 sometime during Fall, after the initial planned release in April was delayed.

Unlike Gears of War 2, the new game will introduce three female characters into the game and you can see what one of them looks like in the image below, dressed up in typical Gears of War attire. 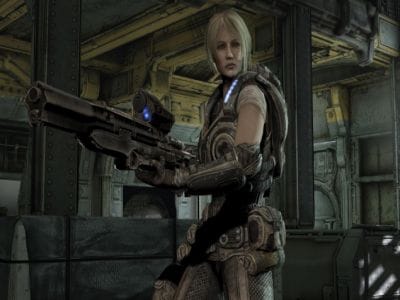 Don’t forget that there will also be a multiplayer beta for the game, which will start in April. If you want to take part, you’ll have to purchase a copy of Bulletstorm – another first person shooter from Epic Games due out on February 22nd.

Take a look at all of the screenshots over at HookedGamers and let us know your thoughts on them. Will you buy Bulletstorm just to play the GoW3 beta?