With the official release of Gears of War 3 at least 10 months away gamers are probably wondering what Epic Games have up their sleeve for the highly anticipated Xbox 360 video game.

Well the answer is more mutants, turrets, chainsaws and even a curbstomp, all of this was revealed in a gallery of 10 screenshots, which recently appeared on TheKoalition.

We have embedded two of our favorite new screens at the end of this post (scroll down to see them), I must say I like the way Epic have simplified the playable-character’s attire.

Perhaps the coolest thing revealed in these new screens is the mounted multi-turret (seen below), think of the mutant-killing action this weapon will deliver!

Which part of Gears of War 3 are you looking forward to the most? The single-player game mode or the multiplayer action? 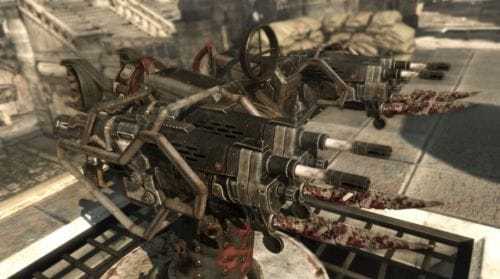 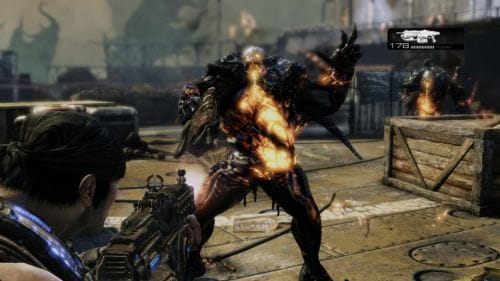