The world seems to have gone wearable mad, what with smartwathces and fitness devices you wear on your wrist, we believe these items will be very popular this Christmas, especially as many of us try to make an effort to get fit and lose weight in the New Year. With the market starting to get saturated it can be hard to know what is right for you, and so we would like to suggest the Garmin Vivofit Fitness Watch model number (010-01225-00).

We are lucky enough to know someone that owns one of these devices, and they have been very pleased with their purchase. One of the best things going for it is battery life, as having used it for 3-4 weeks it never had to be charged once — try saying that about the Apple Watch next year, although that is more than just keeping fit. 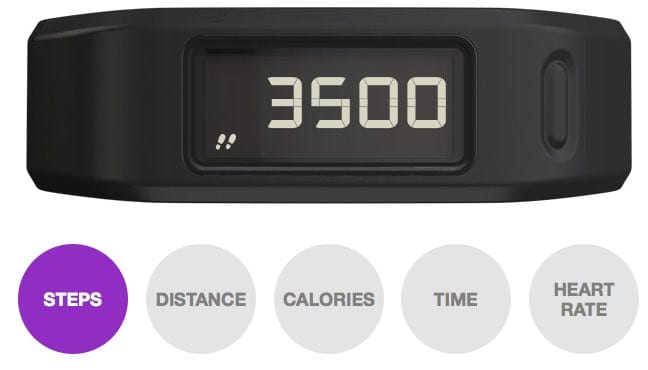 It was our hope that the person would have given us a Garmin Vivofit Fitness Watch review, but for some reason they were not happy because they just don’t seem to have the time to do so. Having said that, they did go over the basics for us, telling us they had the choice of 6 colors, but when for black because of it being a more universal color. 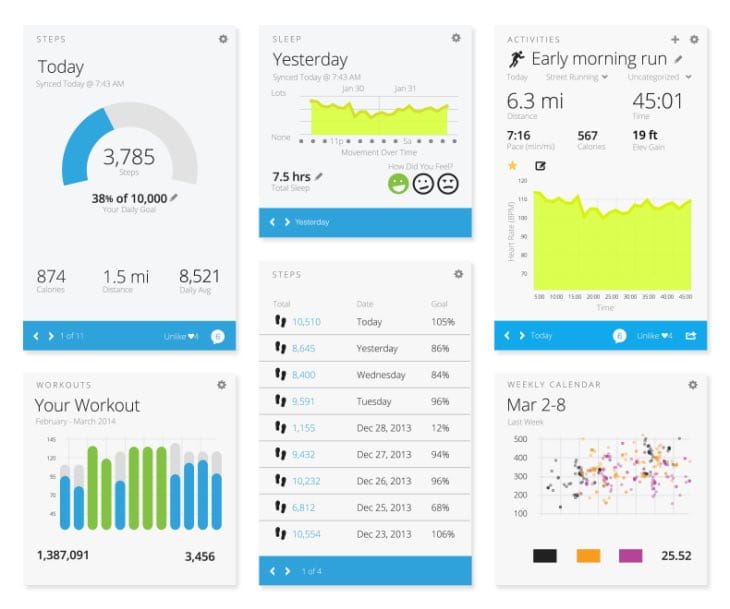 They also said that the specs were rather impressive such as the stats being stored on your wrist, which is easy to read thanks to the bright, clear display. You also get a readout of the steps you have taken, calories burned, distance traveled and much more. There is a list of the full specs and features below, but if you would like to study a review before making a decision as to whether this is the fitness band for you, then we have three videos for you below, along with a review from CNET, which also points out the good, bad and bottom line.

One thing we can tell you, the current market value of this device is expected to fall lower than $100 over the next week or so. 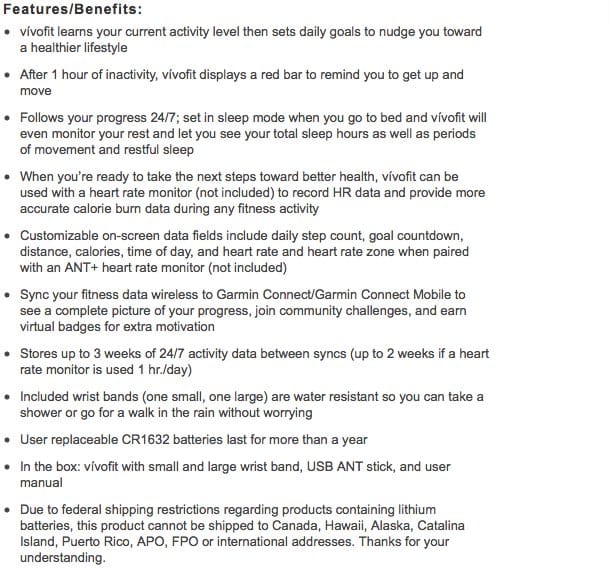