Retailers all over the U.S. have been preparing for tomorrow’s Cyber Monday sales (although some have kicked off today) recently, by posting details of the deals that will be offered. We’ve already brought you news from JCPenney, Staples, Walmart and Best Buy, now it is Gamestop’s turn.

As reported in a recent article by Saiyan over at saiyanisland.com, Gamestop sent the website an email recently, which contained a partial list of the video game deals they will be offering come Cyber Monday. This includes great stocking fillers, such as Up for the PS2 and Rune Factory 2 for the Nintendo DS.

Both of these titles will be on offer for just $9.99 on Cyber Monday. If it’s an adult you are trying to buy for this Christmas, then you might like the Microsoft Kinect Sports bundle, which will be on sale for $249.97. However, you don’t necessarily have to wait until Cyber Monday, to pick up a bargain. 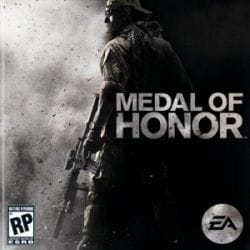 You can view more pre-Cyber Monday deals via gamestop.com. What video games are you hoping are on offer on Cyber Monday?