We all know how frustrating it can be to get stuck at a certain point in a video game and while many gamers will just keep persevering, others resort to using guides, cheats and walkthroughs. This is where the GamesRadar app for iOS comes in really handy.

According to a recent article over at computerandvideogames.com, GamesRadar has just released a new “Cheats and Guides” app for iOS devices, which of course features a huge library of guides, cheats, walkthroughs and solutions to your favorite games. 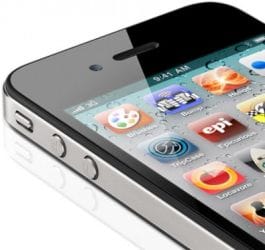 In fact, the app is said to contain almost 60,000 different cheats, FAQs and guides to over 8,600 different games including PlayStation-era classics and newer releases such as the Call of Duty: Black Ops game and Assassin’s Creed: Brotherhood.

Whenever new games come onto the market, the GamesRadar Cheats and Guides app automatically updates. As noted on the itunes.apple.com website, the app features screen-by-screen walkthroughs for top games, and the ability to save your most played games to a favorites list.

The app — which is compatible with Apple iPhone, iPod Touch and iPad and requires iOS 3.0 or later – is available to download for free now.