Both Sony and Microsoft have now revealed their full lineups for PS Plus June 2015 and Xbox Games with Gold June 2015 respectively.

Looking at both lists for each system, it looks like Sony are the clear winners for next-gen PS Plus owners, while Microsoft gets the nod for offering the best games for Xbox 360 compared to PS3.

If you haven’t heard, this is due to the fact that Microsoft will be offering Massive Chalice on Xbox One. The information was leaked prior to Microsoft announcing the details and in actual fact it’s the only new game being offered for June since Microsoft has also been somewhat lazy in giving gamers Pool Nation FX for the third month in a row. 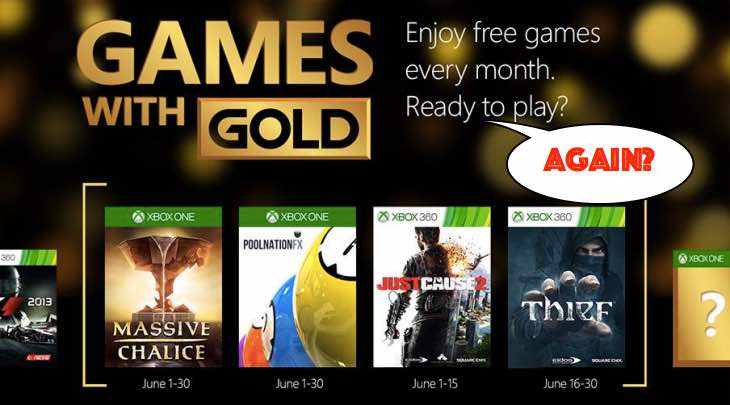 Sony on the other hand is giving PS Plus subscribers another ‘AAA’ title with Metal Gear Solid: Ground Zeroes. This short but satisfying game is the prologue to MGSV: The Phantom Pain and features some incredible graphics.

On PS3, Sony will be offering a single big game with Call of Juarez: Gunslinger along with indie title Cloudberry Kingdom.

Xbox 360 gamers however get something a lot more juicy, with both Thief and Just Cause 2 being offered in June. It was all about who would offer the AAA game though in the build-up to E3 2015 and now we know that Sony has put it on a plate.

Massive Chalice is going to be great fun for some gamers, but we can already see that others are disappointed after seeing Sony offer Metal Gear Solid V: Ground Zeroes on PS4.

Do you agree that Sony is the clear winner for June 2015 or not?