We have just looked at what could be coming to PS Plus in November, but now it’s time to check out what Microsoft will offer again by discussing the highly anticipated Games with Gold November 2016 free games as well.

Last month, Microsoft handed out Super Mega Baseball: Extra Innings and The Escapists on Xbox One. Many gamers were expecting a ‘AAA’ title instead but unfortunately this never happened.

With that in mind, all eyes are now on Microsoft to see if they can offer up something even bigger for November straight after Halloween. 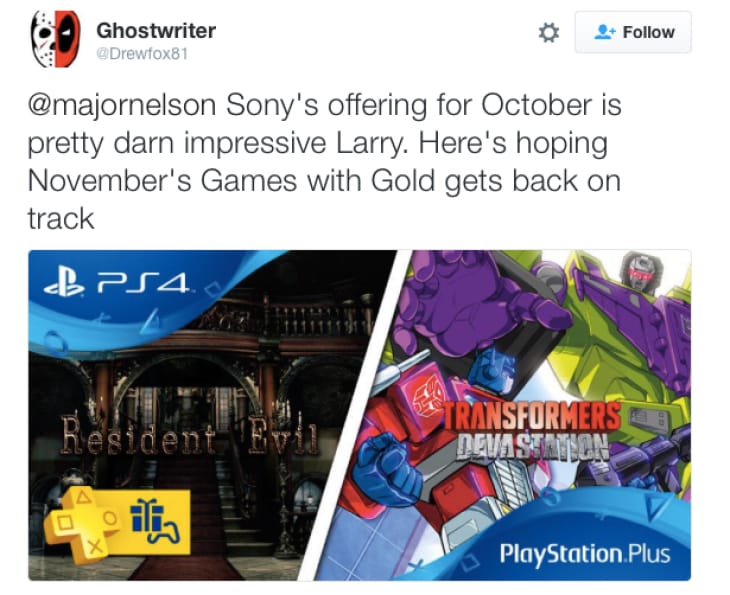 You can see from the example we picked out above on social media that Xbox gamers are looking for bigger titles to keep their Gold subscription ticking.

We will be informing you about any early Games with Gold November 2016 leaks on Xbox One and Xbox 360 over the coming days, so keep checking back and let us know the one game you want to see above anything else.

Do you admit that Sony has offered a better selection than Games with Gold in recent months?