We now have the confirmation from Microsoft on what free games are coming to Games with Gold May 2016. Also if you were not aware of the release schedule, Microsoft should be making the games available from May 1.

May 1 is on a Sunday this year and as far as we’re aware, new games haven’t been launched on the weekend for Games with Gold so far.

However, Major Nelson has confirmed that the games are indeed rolling out starting from May 1, so you’ll be able to start playing over the weekend as opposed to the start of the week which is nice. 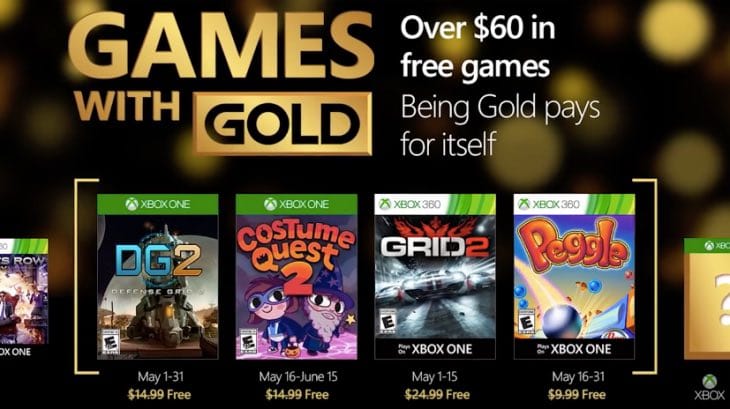 The leak was correct once again, which is starting to get a little boring we have to say. Either way, Xbox One owners are getting Defense Grid 2 and Costume Quest 2 as their free games.

For Xbox 360 owners, you can get GRID 2 and Peggle for free and remember both are available on Xbox One too through Backwards Compatibility.

Are these games as good as the April lineup in your opinion? We want you to leave your thoughts below – games go live soon!