Microsoft has just confirmed the lineup for Games with Gold in June 2017 and if you are a PS Plus subscriber who has been disappointed with Sony’s own lineup recently, it’s another moment to look away.

June’s lineup is again extremely impressive, with Microsoft wasting no time to let everyone know that the total value of games being offered next month is over $90.

Without further ado, Xbox One players will be getting Watch Dogs and Speed Runners, while Xbox 360 players are getting Assassin’s Creed 3 and Dragon Age Origins which are backwards compatible on Xbox One. 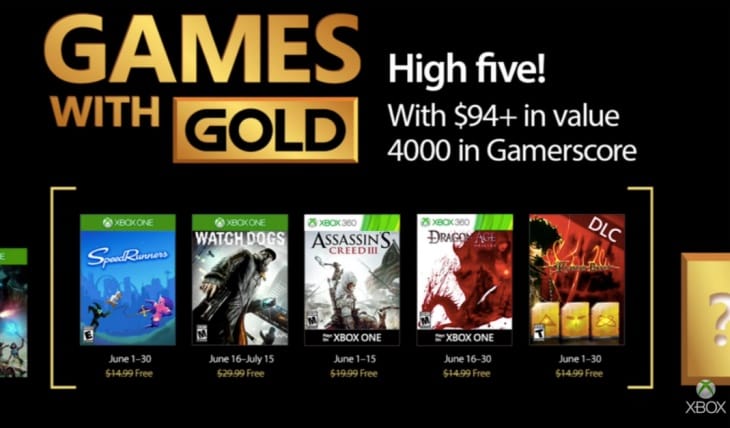 As an added treat, there is going to be free multiplayer DLC for Phantom Dust on Xbox One as well which is nice to see Microsoft going the extra mile.

Sony has still not announced the PS Plus lineup for June but you can bet that there is some added pressure now that Microsoft is giving away another batch of top quality retail games.

What is your reaction to this and do you agree that Sony really needs to step up as we enter E3 month when gamers may expect to see something extra?