We always keep our readers up to date in the build up to new games coming for Games with Gold June 2016. This weekend, it looks like we have our first leak to tell you about and if it is real you are going to be getting some truly amazing games.

We started a debate in our previous article on how Microsoft would need to offer a AAA lineup to beat Sony during E3 month with their subscription service.

Now take a look at the image from the Asian Xbox Marketplace which was uploaded and widely shared like wildfire on social media hours ago: 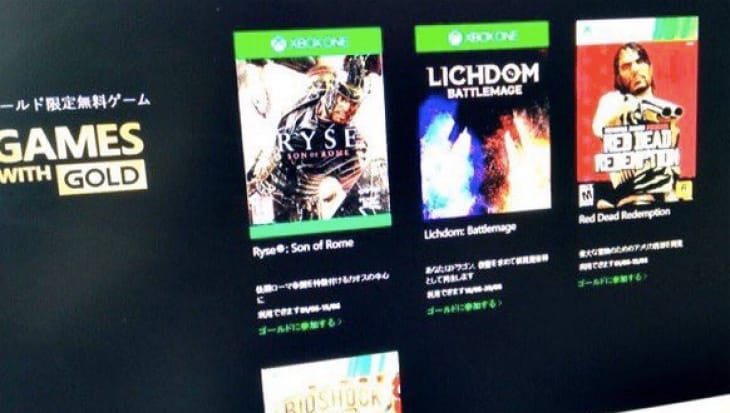 If the image is real, Ryse is finally going to be coming to Xbox One for free, while the other game is Lichdom Battlemage. More importantly though, Red Dead Redemption could be coming to Xbox 360 – in other words, the game that has been the single most requested Games with Gold title since the service launched!

If that wasn’t enough, Bioshock Infinite is also listed making it an unbelievable month if true and obviously very hard for Sony to beat during E3 month.

We obviously hope that this image is real, but remember it is still a rumor until we get confirmation from Microsoft – which will be coming during next week.

What would your reaction be if these are the free games for June 2016 Games with Gold – unbeatable?