We are potentially under 48 hours away from Microsoft revealing their highly anticipated Xbox Games with Gold June 2015 lineup on Xbox One and Xbox 360.

Before that though, we have to tell you that the game may have been leaked already in advance. Rumors are suggesting that the game is going to be Massive Chalice – a turn-based strategy game from Double Fine Productions.

We say this as a fact sheet has apparently been leaked online and it includes details about an embargo in place that isn’t supposed to be broken until June 1. 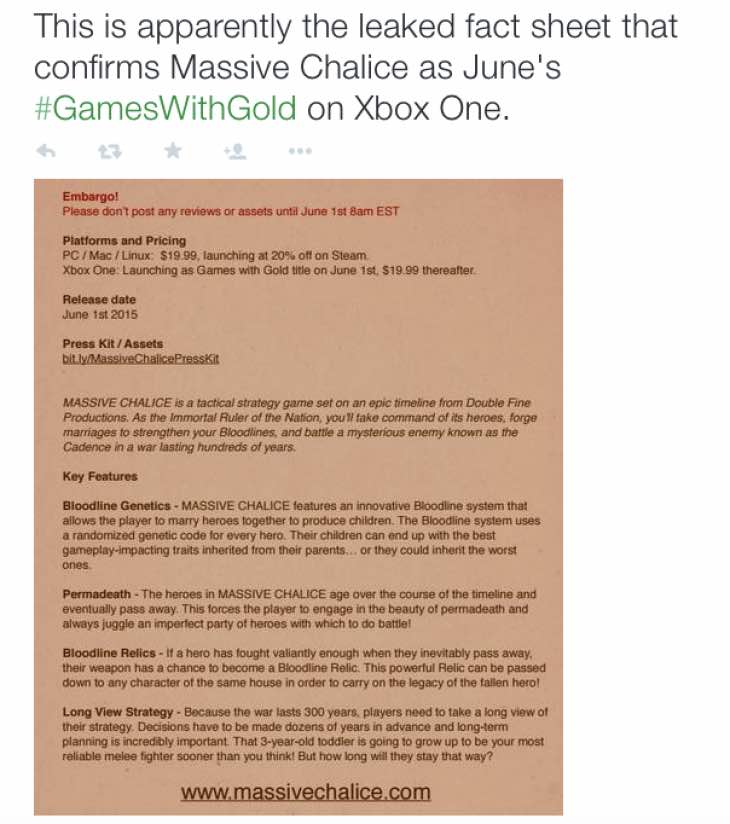 It also specifically notes the game as the main Xbox One game for the Xbox Games with Gold June 2015 lineup so it is looking like pretty solid information right now.

Of course, we can’t confirm until we hear the information from Microsoft which could happen on Thursday morning since they like to stick to the last Thursday of every month.

Assuming that the information is true though, would you be happy with Massive Chalice for Xbox One or not? It’s no AAA game perhaps as many hoped, but there has been great reaction so far on forum boards.