Following on from our earlier article about Sony confirming the February PS Plus lineup, we are happy to see that Microsoft has also followed suit by confirming the Xbox Games with Gold February 2016 free games on Xbox One and Xbox 360 too.

We now know that next month, Hand of Fate and Styx: Master of Shadows will be offered on Xbox One. This means that the earlier leak we told you about was correct in exposing Hand of Fate as a Games with Gold title.

Meanwhile, Xbox 360 owners are going to be getting Gears of War 2 and Sacred Citadel as their free games. Remember they are also available on Xbox One too thanks to backwards compatibility which is a big bonus. 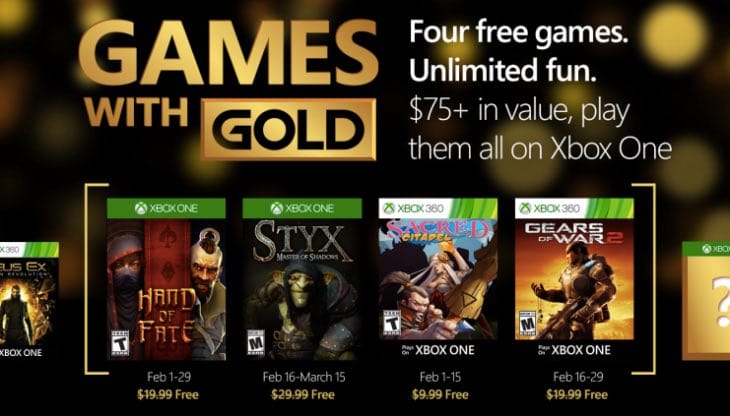 It’s interesting to see that these games were leaked prior to Microsoft’s announcement. We always get a lot of rumors in the build-up to new games becoming available, so this is one case of looking out for these leaks in the future as they could be true.

What are your thoughts on Hand of Fate and Styx Master of Shadows as the free games, do you think they are better than Helldivers and Nom Nom Galaxy which PS4 owners will be getting?

Free games go live starting from February 1, so not long to wait!