It’s turning out to be a very busy day for gamers. Whether you are a PS4 user, a GTA V player or an Xbox One owner, there’s some big news for everyone.

Now we can confirm that the Games with Gold April 2015 games list on Xbox One and Xbox 360 is now live – confirmed by the Xbox Wire and just minutes ago, Major Nelson too.

As most of you know, April is the big month as Microsoft are doubling up to offer two games on Xbox One and four games on Xbox 360.

Without further ado, we can confirm that the Games with Gold Xbox One games for April are Pool FX and the excellent Child of Light from Ubisoft. 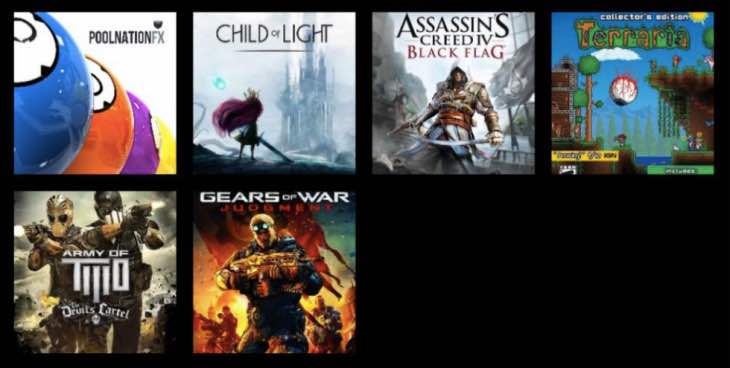 While Pool FX will be great fast-paced arcade fun, Child of Light is a fantastic game from Ubisoft Montreal that received stunning reviews upon launch.

On Xbox 360, the selection is great too – you’ll be getting Gears of War: Judgment, Terraria, Assassin’s Creed 4: Black Flag and Army of Two: Devil’s Cartel.

We make that five AAA games that Microsoft is offering across the two platforms and you have to say that this is highly impressive stuff.

How will Sony respond to that with April’s PS Plus lineup which has still not been revealed? The gauntlet has been set for sure – Xbox owners are getting a real treat next month.

Are you happy with the lineup? Leave your thoughts below!