Last week I brought you an article with a release date and price for NinjaBee Games’ upcoming Xbox Live Arcade title, A World of Keflings. As I mentioned, the game is being released on December 22nd, as part of Microsoft’s ‘Games for the Holidays’ promotion.

We have more news for you now, as according to Mike Jackson over at computerandvideogames.com, Microsoft’s Major Nelson has recently released a bit of a teaser trailer for the ‘Games for the Holidays’ promotion, which features footage from all three Xbox Live Arcade games. 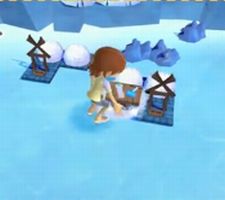 If you don’t already know what three games I am talking about, they are A World of Keflings, Raskulls and ilomilo. Gamers will have to wait until a few days after Christmas for the arrival of Raskulls (December 29th), while the release of ilomilo (originally released on Windows Phone 7) won’t be until January 5th.

You can check out the trailer below this post. Will you be buying any of the three games listed?