There has been some surprising developments over the weekend, for those that keep one eye on the possibility of PS4 and Xbox One cross platform games happening sometime in the future.

While some of you may believe that it was Microsoft who was reluctant to finally see this become a reality with games such as Minecraft, we have a quote from one games developer which suggests that it is now Sony who do not want to play nice with Microsoft.

Take a look at what Ark Survival Evolved developer Jeremy Stieglitz said on Twitter when asked if there was a way that Ark Survival players on PS4 and Xbox One could play together. 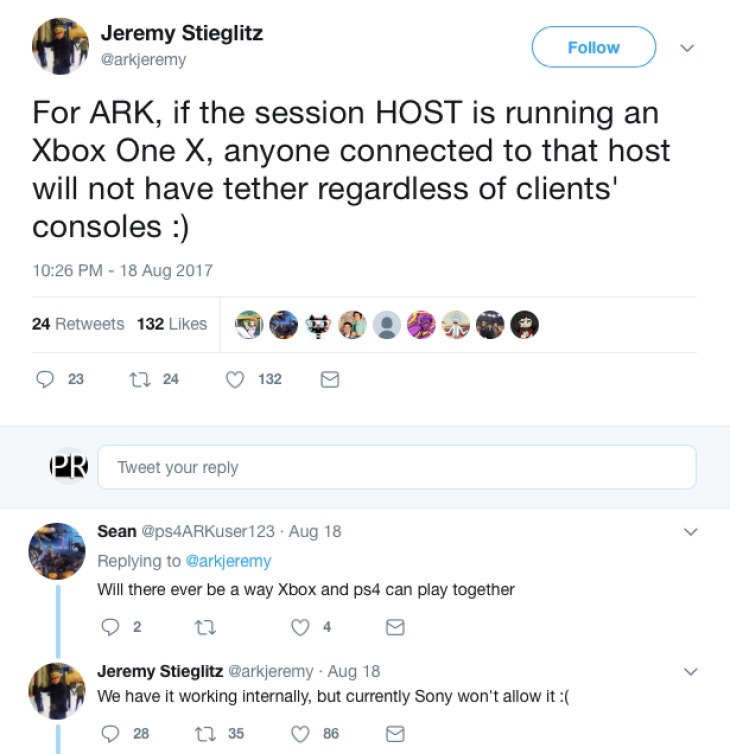 As you can see from the revealing reply, it is already running internally but Stieglitz point blank said that Sony ‘won’t allow it’ which will be very surprising to a lot of gamers.

This could be damaging if it now turns out to be Sony unwilling to budge when it comes to cross platform game support.

You can imagine the joy it could bring with a lot of co op games if PS4 and Xbox One users could finally play together. Should Sony consider allowing it now that this has been revealed? Give us your thoughts below.