September looks to be a very tough month for gamers, as on our last count there are9 worthwhile titles due for release in that month, so you can see the dilemma. There are two games that stand out over the rest, and that is Gears of War 3 and FIFA 12. However, if these are not to your liking then there are more titles that will surly keep any taste happy.

The biggest of these surly has to be Gears of War 3, but the game can only rely on healthy sales for a month, as the following month will see the release of Battlefield 3 and Call of Duty: Modern Warfare 3 the month after that. MS Xbox World believes that Microsoft will be pushing the new Gears game as hard as they can, mainly because it only has a small window of opportunity — the end of the year is always the hardest, as this is when the big games gets their release. 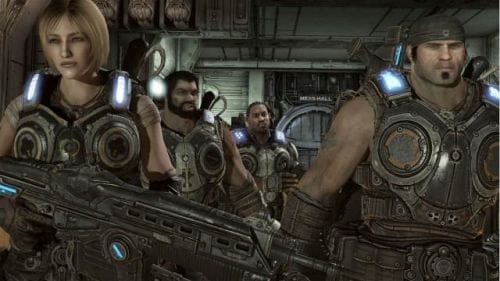 September is not all about the two titles mentioned in the above, as Resistance 3 and God of War Origins Collection will also be making an appearance. However, these will have good company with the likes of Warhammer 40,000 Space Marine, Bodycount, Driver San Francisco, Resident Evil 4 and Code Veronica. All of these games will put up a great battle, but none will be able to match Gears of War 3, but then again there could be a surprise?

No matter what way you look at it, these September releases are seen as the entries, with BF3 and MW3 being the main course. However, there are three other games that we would like to call a dessert in this tasty meal, and that is Batman: Arkham City, Elder Scrolls V: Skyrim and finally Star Wars: The Old Republic.

Which of these games has you excited the most?