If you want to get your hands on Mortal Kombat X DLC pre-order character Goro in the UK, it looks like you are going to need to pay more than what US gamers need to.

For those that haven’t realized, UK specialist games retailer GAME has the exclusive on Goro. That means you need to buy from them if you want to play as the four armed shokan master.

Considering alarm bells may be ringing for some of you, we wanted to see the differences of picking up Goro in the UK, compared to the US.

At the moment, GAME are offering two versions of Mortal Kombat X. There’s the standard edition which comes to £42.99 which is just a physical copy of the game without any extras. 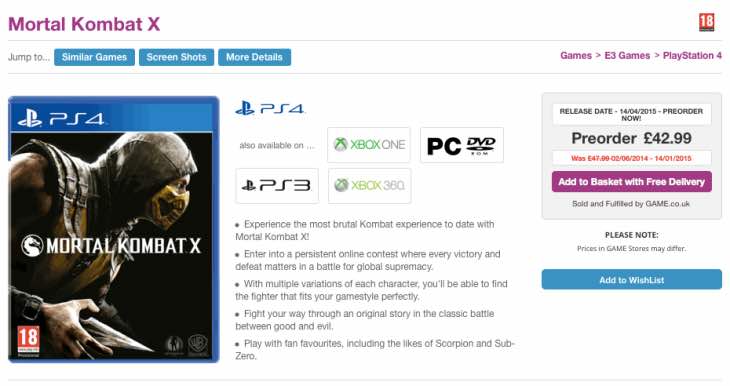 Pay £5 more though and you can get the Mortal Kombat X Special Edition for £47.99 which comes with Goro advertised on the box.

Over in the US, we can see that Amazon are offering their standard version of Mortal Kombat with Goro anyway for $59.99 – i.e, no special edition needed. 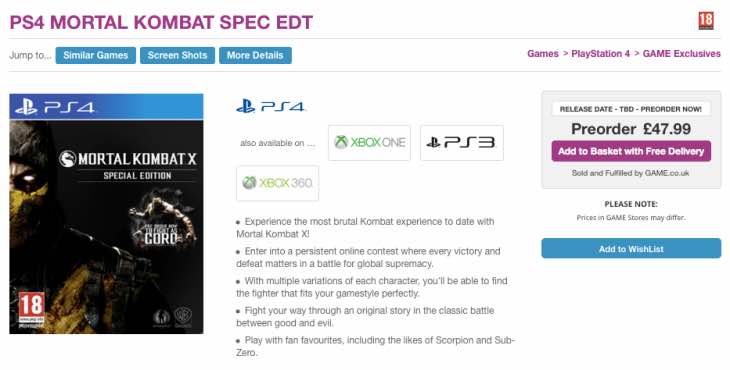 Furthermore, we see that Amazon emphasise the fact that any existing pre-orders that have already been made will get Goro anyway – so there won’t be any misunderstanding about the character that was initially announced before any collector’s editions or add-on content.

That’s the key thing to remember. Initially, Warner Bros said that all pre-orders of the game would get Goro, but not in GAME’s new stance it seems.

You need to pre-order the special edition to get Goro, not the standard edition and that costs you £5 extra to do so. For reference purposes and not taking into account tax – £42.99 equates to $65, while £47.99 (special edition) equates to $73.

Are GAME being a bit naughty here in charging extra for Goro, simply due to the fact that they have an exclusive on it and gamers can’t get this character any other way?

The way it stands at the moment, Amazon US are doing the right thing by offering Goro on all pre-orders, regardless of what version it is.

If you live in the UK and are planning to pre-order from GAME, let us know your thoughts on this. Does it bother you?