Some very good news may be on the way to 8.4-inch and 10.5-inch Galaxy Tab S owners soon, with regards to the highly anticipated Samsung Galaxy Tab S Lollipop update release date.

Evidence coming out of MWC 2015 reveals that both variants of Samsung’s tablet were spotted running Android 5.0.2 on demo units on the show floor.

This means that if Samsung can run Lollipop without issue on test units, it probably means that we are closing in on a public release for everyone else at home.

The guys over at SamMobile captured a few images showing the Tab S running Lollipop at MWC 2015, but also add that their sources suggest that the timeframe for an update could be at the end of March, or if not – Early April. 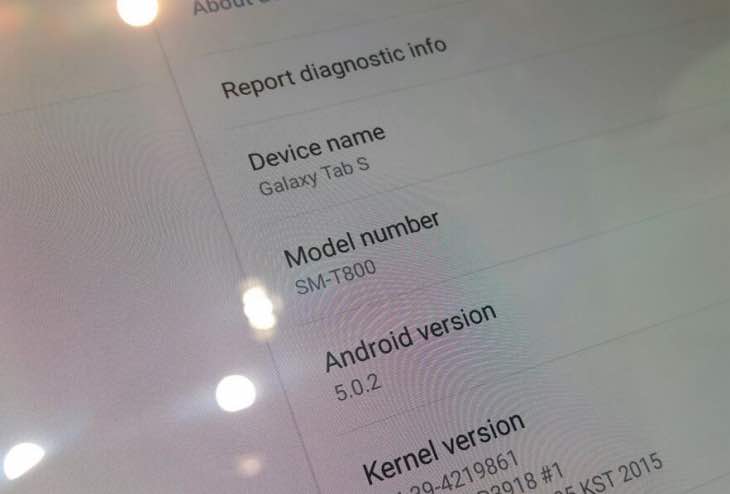 Samsung has definitely upped their game when it comes to providing post-release updates for their products, so this should be great news for current owners.

Let us know if you own the 8.4 inch or 10.5 inch version of this tablet and if you have been waiting for an official update to land.

Overall, are you very satisfied with your tablet so far compared to other rivals on the market?