If you were keeping a close eye on the unveiling of the Samsung Galaxy Tab Pro 12.2 and Galaxy Note Pro 12.2 tablets at CES 2014, you may have noticed that Samsung decided not to reveal UK and US pricing there and then at the event.

Both tablets are going to be coming with some juicy hardware specs, but consumers may be weary that these specs will also mean that pricing is going to be high. This week, we’re pleased to give you an update on the price situation, as it looks like pricing has been revealed for some European countries at least.

Although Samsung are yet to officially share pricing details for UK and US releases, we can confirm that Samsung Netherlands and Samsung Finland have been a lot more generous. According to Samsung’s press release, the Galaxy Note Pro 12.2 is going to be â‚¬749, while the Galaxy Tab Pro 12.2 is â‚¬100 cheaper at â‚¬649.

We can never truly take into account direct conversion purposes, but just for reference sake – that converts to over $1000 USD and £600. It goes without saying that this will not be even close to the final price in these markets, as Samsung would be out of their mind to ask for near $1000 for the Galaxy Note Pro 12.2. 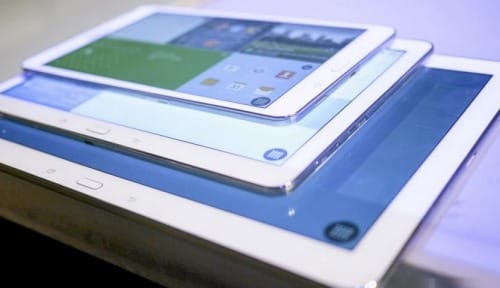 Don’t forget that Apple has priced the iPad Air at $499 for the 16GB WiFi model, so we expect Samsung to price the Galaxy Note Pro 12.2 and Tab Pro 12.2 in a similar fashion, albeit slightly higher.

Either way, this is a warning to you that Samsung’s new lineup of 2014 tablets are not going to come cheap. We suspect that US pricing at least will be around the $600-700 mark, so we ask you – Are you ready to part with that kind of cash for a 12-inch tablet or not?

As for a UK price, consumers will still have a very hard time paying over £500 for any tablet so let’s hope Samsung play it smart here.

Are you nervous about the price for these tablets after seeing the price in Euros?