Whenever a new smartphone was released a few years ago, people would talk more about the design, and its performance, but now it’s more about the quality of the camera.

The thing is, the smartphone has taken a huge chunk out of compact camera sales because there have been some remarkable improvements. We know there is still a long way to go, but for the average person taking everyday photos, the likes of the iPhone 6S is perfect, and even more so the Galaxy S7.

When Apple announced the new iPhone for 2015 there were a number of improvements, none of which were on the outside. The inside had a complete upgrade, and it was the camera that had much of that work. While we were told it had the best camera sensor and lens on the market in a smartphone, we are not sure Apple can now say the same thing following the announcement of the Galaxy S7 a few days ago. 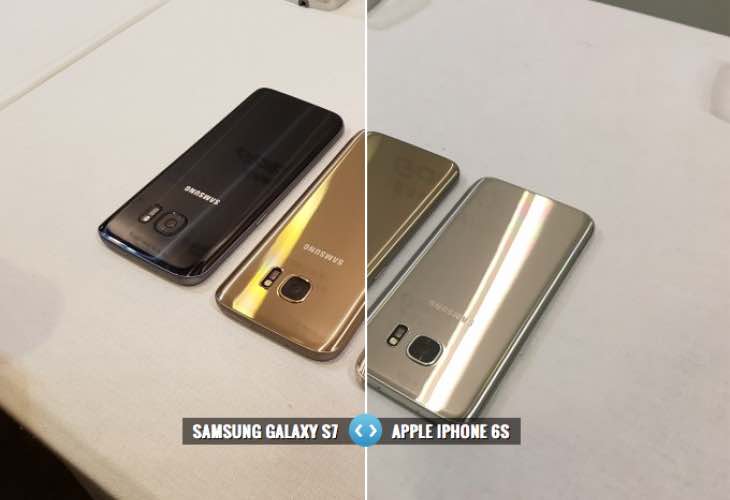 Galaxy S7 Vs iPhone 6s camera – There have already been a number of camera quality tests between these two handsets, and from what we can already make out, the former performance far better in low-light conditions. We have yet to see in-depth reviews of this, although the early signs do not look good for Apple. Having said that, we already know that Apple is rumored to be working on spherically camera technology, and so looks set to make massive strides with the iPhone 7 camera.

We have come across two articles that pit these two handsets and their cameras against each other. The first is a very quick assessment where there are just three images to compare each model.

The other review goes into more detail, although not as much as we would like. Having said that, we are sure in the coming weeks and months we will be inundated with these sort of reviews. There is however, a video to back up this comparison, and so you might want to take a look in the video that we have embedded for you below.