Whenever a new flagship handset, tablet or laptop is released there is one thing that always happens, it’s given the teardown treatment. This is just what has happened with the Samsung Galaxy S7, and it seems that many phone makers are following the same pattern – making them hard to repair.

Looking at the iFixit teardown, the Galaxy S7 is hard to mend, as it has been given a repairability score of 3 out of 10, with 10 meaning it is the easiest to repair. This is not good news if you needed to make a simple repair to your handset, or even with insurance companies, as they might increase premiums knowing how difficult it would be to fix the handset if it were damaged in any way. 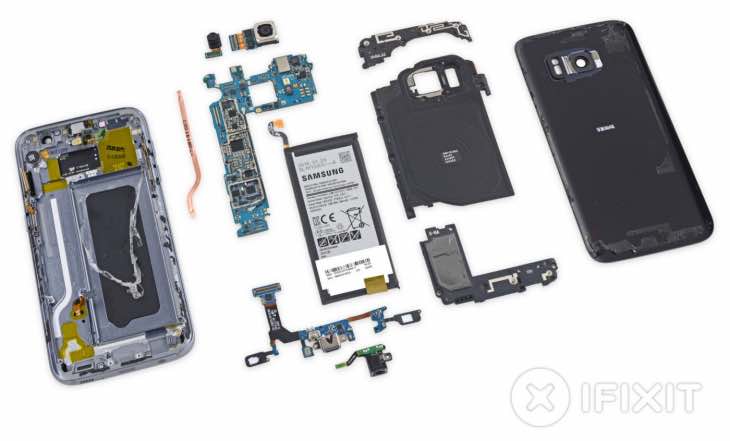 There are many factors as to why the S7 is hard to fix, one of which is due to the new seals that improve its resistance to water. The larger battery is also harder to remove, although it is the improvements made to waterproofing that has caused the biggest headache for those wanting to repair their S7.

Here is a list of things that has given the Galaxy S7 such a poor iFixit repairability score – The battery now has a tougher adhesive, and also being glued to the rear panel. The display has to be removed when replacing the USB port, and in most cases the screen is likely to be destroyed. There is more risk of cracking from the front and back being made from glass because it is more difficult to gain entry to the innards.

Do you think the likes of Samsung are making it harder to repair these handsets on purpose, or is it just a byproduct of how they have to be developed with a more compact design inside?