We all look for different things in a phone, but if you are not overly worried, and only care about the performance of a smartphone, then you are in luck because we have come across an informative video.

The video pits four smartphones against each other, and these are the Galaxy S7 Edge, iPhone 6s Plus, Moto X Pure Edition and the Nexus 6P. All four have some of the latest technology available, although Samsung have packed the more up-to-date tech inside their new flagship handset. 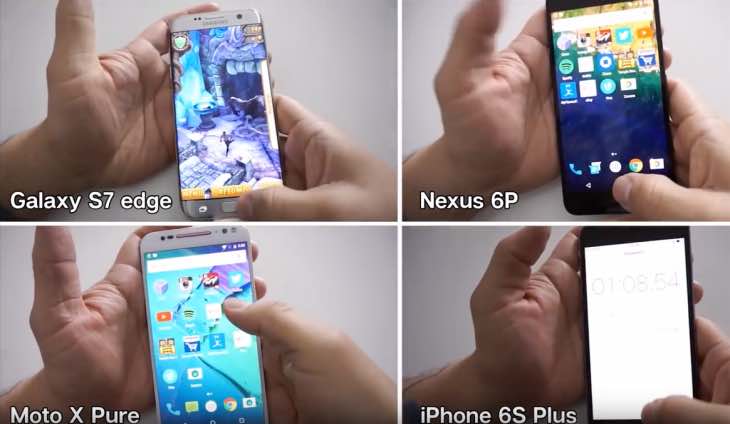 In the video, which runs for just shy of 6 minutes, there is a shock in store because it does not always mean that the newest is the best in terms of speed.

While there is nothing scientific about the test, it is good enough to get a good idea on the performance of each handset, and believe it or not, the 6 month old iPhone 6s Plus from Apple wins out.

However it is often hard to compare two handsets that run on different operating systems, as there are so many factors that have to be taken into consideration.

We don’t want to influence you in any way, and so we rather you watch the video for yourself, which is embedded below.