The Galaxy S6 Edge is shaping up to be one of the most anticipated smartphone releases of 2015. How well does it stack up against the mighty iPhone 6 Plus though?

We can now give a little insight into this, with regards to camera performance. One Danish site has provided some excellent analysis into the camera featured on the iPhone 6 Plus and how sample pictures and video compare with Samsung’s shooter inside the Galaxy S6 Edge.

To recap, the iPhone 6 Plus comes with an 8MP camera – whereas the upcoming Galaxy S6 Edge has a 16MP sensor. Despite the numerical difference stacking in Samsung’s favor, the iPhone 6 Plus camera is considered to still be one of the best on the market at the moment.

It’s also a significant upgrade from the iPhone 5/5S camera as users will well know. Can it compete with the Galaxy S6 Edge though, which also happens to boast 4K video UHD recording? 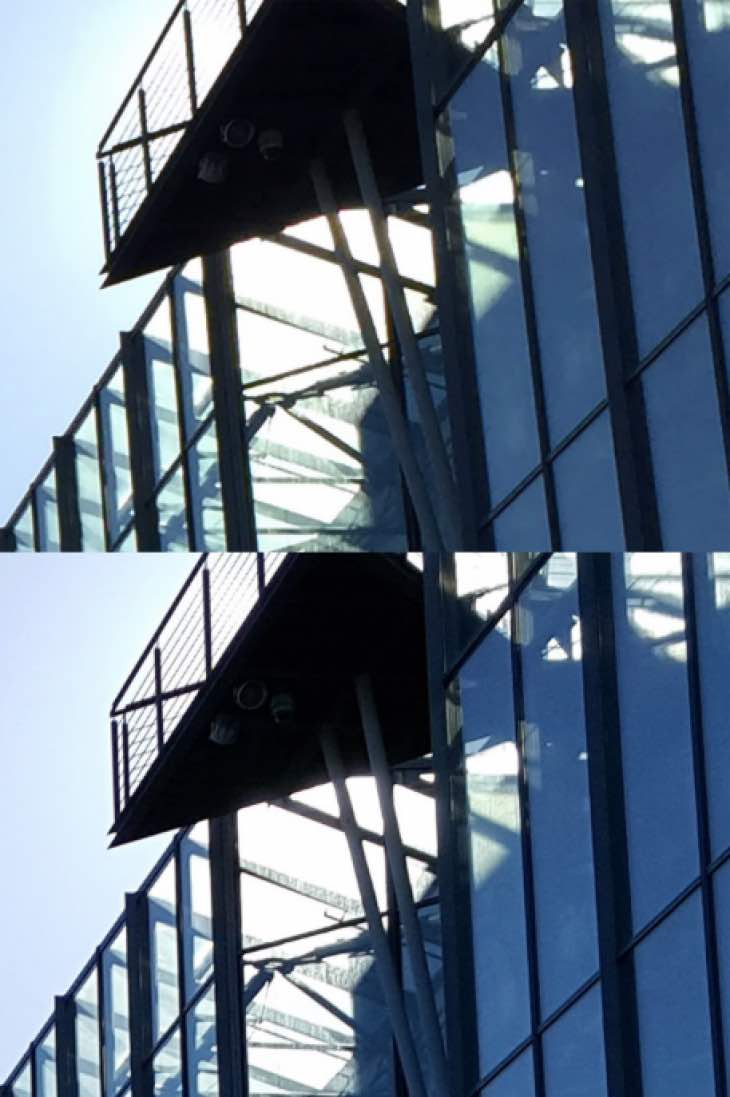 Mobilsiden has put both phones to the test, based on their time spent with the device at MWC 2015. If you head to their website, you’ll be able to view a selection of Galaxy S6 Edge Vs iPhone 6 Plus camera screenshots side by side – iPhone 6 Plus on top, Galaxy S6 Edge on bottom.

Looking at the images ourselves, it’s easy to see that the Galaxy S6 Edge is the clear winner in a direct comparison. Then again, the Galaxy S6 Edge’s camera specifications outmatch the iPhone 6 Plus in almost all departments – so it is an unfair contest?

For those that wanted to see if the iPhone 6 Plus camera could be beaten by the upcoming Galaxy S6 onslaught, you may have your answer early.

Check out some preview pictures here, then view the rest through the link and tell us what you think about the Galaxy S6 Edge camera dominating the iPhone 6 Plus in this test.