After seeing Samsung wow crowds at CES 2014 with a variety of new tablets and televisions that they hope will boost their 2014 prospects, attention has now turned to what the company has in store in relation to new Samsung phones in 2014.

We didn’t see the Samsung Galaxy S5 or Galaxy Note 4 at CES 2014, but we know that both devices are obviously on the way at some point this year.

With this in mind, we are pleased to bring you the very latest in Galaxy S5 and Note 4 concept images. The interesting thing about these images in particular, is that the designs have been modelled based on existing and recently leaked patent designs.

Starting with the Samsung Galaxy S5 design, this one has been made by Ivo Maric. It features a 5.25-inch curved display and an aluminum body. On the back there is an interesting choice of leather for the battery cover, which we actually think looks quite pretty. 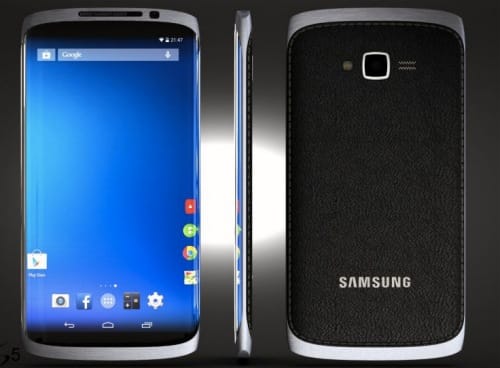 As for the Samsung Galaxy Note 4, this again has been based off a real patent and is the work of Jermaine Smit. This concept design features a larger 5.9-inch display with a whopping 20 megapixel camera on board. The designer has also shared potential processor information too – an Octa core Exynos processor with 32GB or 64GB of internal memory with MicroSD option. 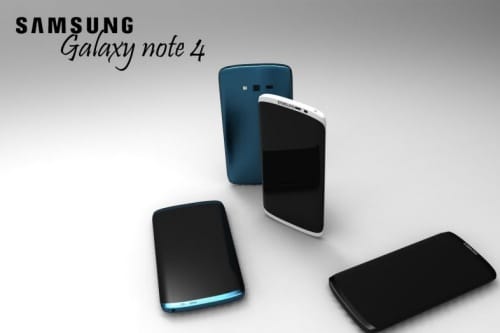 The high quality of these images leads us to conclude that we wouldn’t mind seeing either of these as final designs from Samsung. Obviously these are not real though, but just a glance at what may become – since each designer has been using Samsung’s patents as a guideline.

Take a look at the images and let us know what you think of the upcoming Samsung Galaxy S5 and Galaxy Note 4. Are you ready to buy at least one of these devices in 2014?