Earlier this week, we informed you that the long awaited update to Android 4.1 Jelly Bean was now rolling out for the carrier versions of the Samsung Galaxy S3 in the UK. The problem with this though, was that those who purchased their device unlocked from places like the Carphone Warehouse were left without an update and no indication from Samsung on when their update will be available as well.

Thankfully, it looks like the wait for an unlocked version of Jelly Bean for Galaxy S3 devices in the UK has come to an end. Word has spread that Samsung has now given the green light for the update to go ahead and it can be pushed using the Kies software if you haven’t had any official notifications come through yet.

The update should be around 284.36MB in size, so obviously don’t attempt to start the download if you are on a 3G connection. As we told you yesterday, you should also be able to push the update manually by going into your phone’s settings menu, but judging by feedback received so far, Kies seems to be the most successful option for the update appearing. 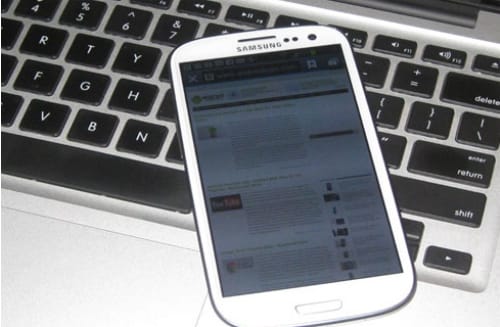 If you didn’t already know, Jelly Bean on the Galaxy S3 will add the exciting Google Now features to your phone, allowing you to talk to a personal assistant similar in the way in which Siri works. Another pleasing news is that the update will actually update your unlocked Samsung Galaxy S3 to Android 4.1.1 Jelly Bean, so an improvement on the original update that first appeared on the Nexus 7.

Just to clarify, this update is for unlocked handsets, or SIM-free models only. If you have the carrier version of the Galaxy S3 in the UK and still haven’t received the update, it is best contacting your nearest dealer as the update really should have reached everyone by now.

If you have an unlocked Galaxy S3, let us know if you updated to Jelly Bean overnight – was the update well worth waiting for?