You might find a large portion of your handset’s life is spent waiting for the next major software update, which becomes old by the time you’ve received it. The Galaxy S3 is considered one of the best Android handsets on the market, but it continues to be dragged into the mud over Samsung’s continued delays on delivering an official Jelly Bean update.

Some ex-Apple iPhone users have noted how this is a negative that might drive them back to iPhone, which receives a new iOS every year in a timely manner, whereas Android Jelly Bean 4.1 has been ready for some time and should’ve been on Samsung’s flagship model from day one.

There is always going to be the debate on which OS is better between Android and iOS, but there is a point to be made where Apple actually delivers new software updates on time when ready, without any circumstances where an update can be delayed, like we see all the time on Android.

The Galaxy S3 is still a beautiful smartphone, but is it only as good as its operating system in a way? What is the use buying a top of the range Android handset, knowing down the line that Samsung are going to play tricks again with making US consumers wait month after month for an official software update? 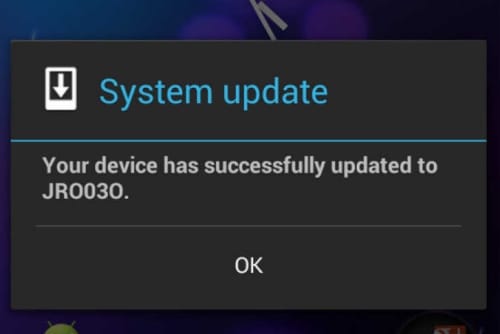 Let’s not forget that more times than not, these are software updates that are already promised to consumers, before they purchase the device, as if to convince you into a purchase right away on the assumption that the next version of Android is coming soon.

Could we really say, in five years time that smartphone manufacturers and carriers will be employing the same tricks, with regards to Android software updates? The pleasing aspect of all of this is that there’s always an alternative thanks to custom software, but perhaps the update policy in the US needs to be changed, so consumers don’t end up getting shortchanged every time they empty their wallets on a new smartphone.

The Galaxy S3 seems to be moving down the pecking order now, with the Galaxy Note 2 and the LG Nexus on the way – the latter of which may even ship with Android 4.2 Jelly Bean, making the situation even worse for Galaxy S3 owners.

What are your opinions on Samsung’s infamous delay tactics in the US? Some users already have Jelly Bean, but it’s clear that many consumers are still waiting. Do the rules need to change, or is it just a case of taking matters into your own hands and stop complaining?