It has been a roller-coaster with the Samsung Galaxy S3 and its pending Jelly Bean update, which is something seasoned Samsung smartphone owners are used to by now, but the frustration continues for the majority that wonder when Android 4.1 will land on the Galaxy S3? At the time of writing it seems like October is the best bet for Jelly Bean, although this might be unlocked devices only and carrier phones could be November.

We had been contacted by a number of readers claiming the Galaxy S3 Jelly Bean update went live nearly two weeks ago, although this wasn’t the case and ended up being an update to Google Android 4.0.4. We’ve also heard about a number of file sizes for these updates, which range from 86MB to 100MB, but this varied by carrier with the majority of people quoting Rogers in Canada at the time. You can see these comments and the misinformed update in this article.

Reactions from users waiting for Jelly Bean on the Samsung Galaxy S3 — if there’s one thing we’ve heard a lot it is “fed up“, which is used when talking about the expected release date for the pending software update. The majority of Galaxy S3 users expected August to be the month Jelly Bean would arrive on Galaxy S3, but this rollout could be pushed back to November for users on a contract.

The confusion continues thanks to people not understanding the updates they’re getting, which is seen with comments like “what was the update I got today?” and claims of the official software update landing on their phone, although a quick look at the version in settings/about device quickly shows this is not the case. 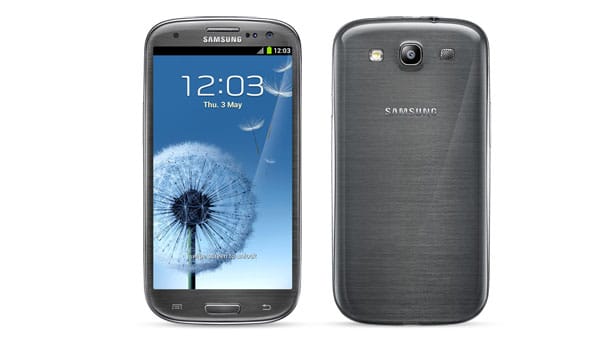 We wouldn’t be surprised if a few Galaxy S3 owners jumped to Samsung’s Galaxy Note 2 when it sees a release date in the next few weeks, which will feature Jelly Bean right away with no waiting needed. The frustration of seeing the Galaxy S3 update pushed back a few weeks continually has upset a lot of people, although it is worth pointing out that most of these dates were rumors and not official launch dates from Samsung.

How do you feel about the possibility of waiting even longer for Jelly Bean on the Galaxy S3 if you have a contract phone? This is why a growing number of users install unofficial firmware and learn from the developer forums, although some people worry about the risks with getting the latest Android update this way. Are you running a custom Jelly Bean update on your Galaxy S3? If you live in the UK you might want to read about the S III being 4G LTE ready in this article.

Have you been confused with the updates landing on your Samsung Galaxy S3? Some people think they have Jelly Bean and later find out it’s not.