The frenzy for Samsung’s Galaxy S3 in black has reached new levels this week with users and technology blogs looking for any sign that leads to a release date, or even official confirmation. This has led some people to believe that T-Mobile has the Galaxy S3 in black on their website, which after a quick look is pretty obvious, but all is not what it seems after watching the spinning pedestal for a little longer.

You can see an image above that features a screenshot of the T-Mobile page here, although the spinning animation includes other Samsung smartphones as well as the Galaxy S3. You’ll also see a Galaxy S and even a HTC logo, so it is evident that the black glossy finish is for design convenience rather than a sign towards T-Mobile launching a black Galaxy S3 soon.

Samsung published some photos on their Facebook page a few days ago, which most of our readers might have seen by now, although if you didn’t then take a look at the photo below. This clearly shows a black Galaxy S3 and considering it had been uploaded to the official account has to be taken as a pretty solid hint, although a few users noted the bezeless design and curved corners on the display. 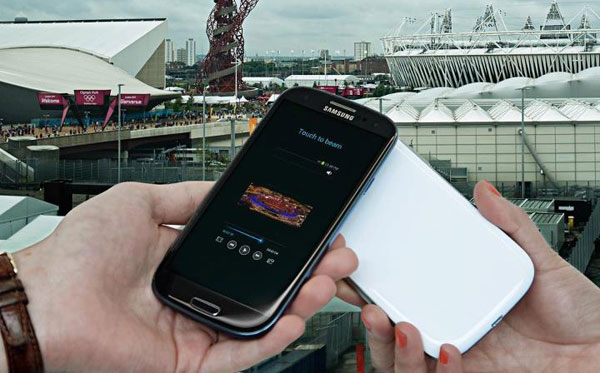 It is worth noting that Samsung hasn’t confirmed the Galaxy S3 in black, and it’s easy for a photo to be uploaded by mistake showing a color not for public release. The official global Samsung website shows two color options for their Galaxy S3, marble white and pebble blue, although there are other options for different networks.

Would you love to own a Samsung Galaxy S3 in black? If this color finally makes it to release then it won’t be understood by everyone, and we’ve already heard from a few of our readers trying to understand why Samsung would launch a Galaxy S3 in black? Some people find the color boring and prefer the unique colors Samsung spent a lot of money on, although we do know a few people that like everything to be black. This includes their car, clothing, and of course their smartphone as well.

What is the ideal size for a smartphone display? If you want a much bigger Samsung smartphone with S3 inspiration then you might want to consider the upcoming Galaxy Note 2.